3 centuries old history of the Jewish people linked to Podolem. And while XX century was probably the most uncharitable toward Jews in Ukraine, neither war nor brutal pogroms or migration processes have not been able to break out of centuries-old ties of Ukrainian and Jewish peoples. Century, our peoples lived side by side, remained in the historical chronicles and documents, checklists architecture, geographical names and popular retelling.

It is not always the city authority was loyal to the Jews. This character is the first mention of them in Kamentse: 1447 headman gave Kamenets available, according to which every Jew under threat of imprisonment had no right to live in the city longer than three days. Such orders to appear in the royal edition, and in the form of decisions over the Seimas XVI-XVII art. And to a large extent is proof that, despite prohibitions evree not only lived in the city, but there have their own homes and other real estate. As for predmesty, here they have lived since ancient ages and lawfully. As in most European cities, evree traditionally based their settlement near the castle: that Podzamche, Karvasari, Tatariski. Here, for the castle, located a Jewish cemetery, where gravestones preserved interment of XVI-XVIII art. with fragments of inscriptions.

During the Turkish tenure (1672-1699 pp) Jewish population Kamenetz, using the privileges of the Sultan, has increased significantly. Despite the new prohibitions (Royal Order in 1750 attributed to even break away from the synagogue and Jewish homes) until the end of Article XVIII. in the city formed the Jewish community. At the time, Kamenetz as a center Podolya played an important role not only in economic but also religious life of Jews. It was here, near City Hall, 1757 panel discussion was held between talmudistami and frankistami, which ended in victory for the latter. According to the decision of the judges, thousands of copies of the Talmud were publicly burned on the Polish market. 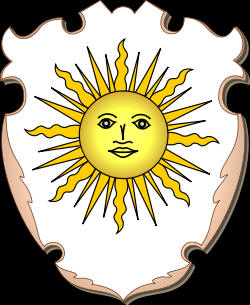 During the XIX cent. Jews gradually settle most of the Old City. Jewish homes were decorated with a variety of decoration, inscriptions. The market in the city center actually became a Jewish market. In toponymy city appeared typical names: Bystreets Levinzona and Bronstein, shops Kleiman, Vanboyma, Vanshteyna, one of the parties to the square was named Exchange. In the city there were 2 synagogues and prayer houses 21, 2 private male and 2 private girls' schools. Representatives of the community - lawyers, doctors, teachers - accounted for a significant portion of Jewish intellectuals.

At the beginning of XX cent. Many representatives of the Jewish intellectuals were vire revolutionary events. Year of the civil war brought devastation to the region, Jewish pogroms and robberies.

Terrible page in the history of Jews Kamenetz became Second World War. For 80 thousand Jews from Eastern Europe, this was Golokost. Kamenetsky commission to investigate crimes fascist invaders identified seven sites of mass graves of Jews, including a burial with the bodies of 500 children.

Among the Jewish memos city occupies a special place synagogue, which is located on steep slopes to the south of Goncharnoy tower. The synagogue was built in the XIX cent. Perhaps on the ground earlier in the style of eklektiki. It was the assembly hall for the local Jewish community, a place for learning and preaching, and, eventually, a house of prayer and discussion of religious law. During the war memorial was largely destroyed, now used by the restaurant. In the same part of town is another synagogue and a Jewish canopy near the river.